This week sees the curtain rise on the 63rd incarnation of the prestigious Berlin International Film Festival (7-17th February). The festival opens in spectacular style with a World Premiere showing of latest offering from this year’s jury president, Wong Kar-wai’s The Grandmaster – just one of the many films to feature from high profile auteurs to grace this year’s programme. Other noteworthy highlights include the European premiere of David Gordon-Green’s Prince Avalanche (2013), a remake of Icelandic drama Either Way, detained Iranian director Jafar Panahi’s Closed Curtain, James Franco’s examination of Hollywood homophobia, Interior. Leather Bar, and Joseph Gordon-Levitt’s directorial debut Don Jon’s Addiction.

However, the delights of any festival are discovered behind the fanfare, lurking in the depths of art house anonymity and Berlin is perhaps the greatest gold mine of such cinematic jewels – after all this is the festival that last year gave us Miguel Gomes’ Tabu (2012), Christian Petzold’s Barbara (2012) and Julian Polsler’s The Wall. Below are ten of our picks of the most interesting and enticing films screening at this year’s Berlinale.

10. Upstream Color (Shane Carruth): Not so much of a hidden gem, perhaps, but certainly worth getting excited about, the sophomore feature from the director of Primer (2004) may have polarised opinion at the 2013 Sundance Film Festival last month, yet the positive praise is so far outweighing any negatives. 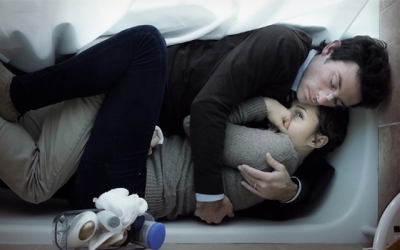 9. Shirley – Visions of Reality (Gustav Deutsch): An interesting looking amalgamation of art and film, Shirley uses staged re-enactments of famous painting by Edward Hooper and internal monologues told through voiceovers to tell the tale of a fictional actress named Shirley. More an animation than a conventional ‘film’, Shirley looks to the cinematic qualities of Hooper’s paintings to create something genuinely unique.

8. Jin (Reha Erdem): From the visionary director of Times and Winds (2006) and Kosmos (2010) Erdem’s latest, Jin headlines the festival’s Generation strand and tells the tale of a young girl caught between the Turkish, Kurdish conflict. A director known for his sumptuous and strange storytelling, Erdem’s latest appears to be a war-torn retelling of Little Red Riding Hood, although in all likelihood probably no where near as straightforward as that.

7. The Eternal Return of Antonis Paraskevas (Elina Psykou): Greek cinema is in a state of resurgence thanks to the idiosyncratic output of Yorgos Lanthimos and Athina Rachel Tsangari (coincidentally part of the competition jury this year). Psykou’s film appears to be a curious satire against celebrity culture and the recent economic troubles of Greece which, hopefully will continue this sudden new wave of Greek cinema.

6. Layla Fourie (Pia Marais): Bright young director Pia Marais returns to Berlin with her third film after building up a glowing reputation along the festival circuit. Returning to her native South Africa, Layla Fourie looks to study the country’s faded scars of apartheid by fashioning a thriller that bestows the same sense of paranoia evident in a society still affected by racial conflict.

5. End of Time (Sebastian Fritzsch): A post-apocalyptic world where almost all of the population has been mysteriously wiped from the face of the earth, End of Time follows a lonesome girl who may well be Earth’s soul survivor – or is she? A stripped down sci-fi where hope must triumph over despair and civilization must outwit barbarism, End of Time looks to be a fascinating study of humanity. 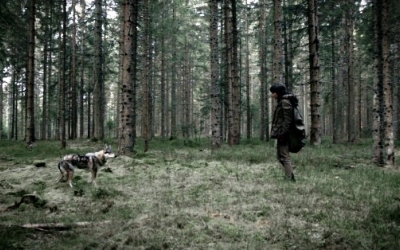 4. Vic + Flo Saw a Bear (Denis Côté): Canadian director Denis Côté’s languid zoological documentary Bestiaire (2012) was a festival favourite last year, and expectations are high for this latest piece of fictional filmmaking. Titular Vic, recently released from prison, heads to a relatives isolated rural retreat to take stock of her life. Her lover Flo joins her and all is well, except for the brief visits from her prying probation officer. However as their quaint life progresses things begin to turn sour, with even the neighbouring forests bestowing a strange sense of ominous doom.

3. A Long and Happy Life (Boris Khlebnikov): From one half of the directing duo behind the sublime Koktebel (2003) (the other half being Aleksei Popogrebskiy, whose How I Ended This Summer (2010) was a Berlinale favourite in 2010), A Long and Happy Life uses the isolated northern Russian landscape to create an existential human drama. Russian cinema has always boasted a remarkable ability to delve deep into the human psyche and hopefully this competition entry will be no different.

2. Gold (Thomas Arslan): Gold appears to be something of a German western. Starring the magnificent Nina Hoss, the film tells the tail of a group of German settlers traversing the Canadian wilderness in 1898. Promising the same type of cold and gritty examination of the great migration west as Kelly Reichardt’s subtly unnerving Meek’s Cutoff, Arslan’s Germanic western could be one of this year’s main contenders for the Gold Bear.

1. Camille Claudel 1915 (Bruno Dumont): Starring Juliette Binoche, Camille Claudel 1915 is a biopic about one of France’s most famous sculptresses, who was (some believe wrongly) institutionalised by her own family up until her own tragic death. A dark tale from the achieves of history is bound to become even more harrowing with Dumont behind the camera and expecting a straight biopic from this master of contemplative cinema would be a dangerous mistake.