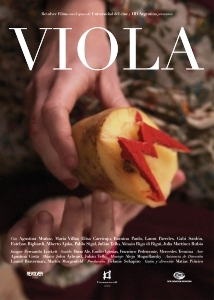 With latest effort Viola (2012), Argentine director Matías Piñeiro continues his fascination with Shakespeare’s Twelfth Night in what could be seen as a fitting counterpart to his 2011 short film, Rosalinda. Ostensibly an unassuming tale about a girl working for her partner’s pirate video delivery service in Buenos Aires, this deceptively simple drama is a fascinating treasure trove of rich ideas and intelligent storytelling. Capturing the leisurely tempo and pseudo-nonconformist lifestyle of this generation’s middle-class BA urbanites, we observe protagonist Viola (Maria Villar) as she works with her boyfriend bootlegging DVDs.

Traversing the warren-like backstreets of the city, Viola’s journeys to deliver these illicit goods leads her into a series of choice encounters, chiefly shared with a small troupe of actresses who perform random snippets of Shakespeare’s plays – with all the roles performed by women. From intimate recitals, backstage gossip and mid-afternoon beers, Viola weaves a subtle tapestry of a generation caught in a state of perpetual motion – constantly planning, yet ultimately going nowhere. Shakespeare himself once wrote ‘The play is the thing’, and it’s amongst the intimate performances of the film’s female-led company that we delve into Piñeiro’s disorderly narrative. 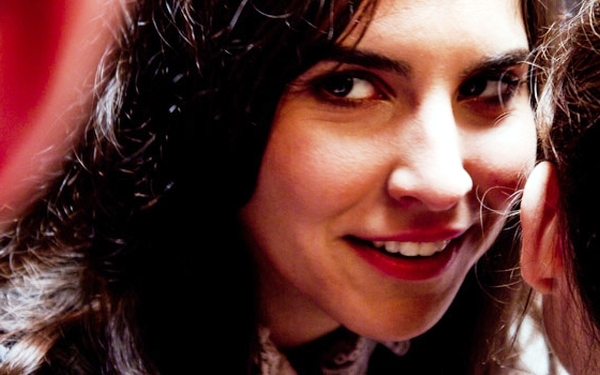 The dialogue flows effortlessly as each character drifts in and out of shot, captured in Piñeiro’s constricted framing. Each of these women (who play their own part in Viola’s journey) appear in a state of personal clarity, caught somewhere between the confusion and hedonism of adolescence and the fear and resignation of old age. They all have a ‘get on board, or get off’ approach to love, yet despite their empowered appearance, its difficult to differentiate if they’re rehearsing for a role in a play or their own lives. This elegant drama (the film is only 65 minutes long) of love and maturity is full of characters rehearsing, each attempting to nail the natural rhythm of existence and pinpoint each beat and nuance of life.

Thrusting us into hushed conversations through the intimate use of close-ups, Piñeiro allows us to observe first-hand the importance of each of these dialogues. Like a stage play, he appears to be presenting us with characters that would instantly cease to exist once the film’s script comes to an end. Emphasised further by a narrative arc that feels more like a persistent carousel, this is a story about the power of art to define our own state of being, constantly influencing our hopes, dreams and feverish aspirations.

If it weren’t for the occasional interruption from the outside world – like the ringing of a telephone or the buzz of a doorbell, which punctuate this intimate drama – there would be know evidence of the real world at all. Despite a short runtime and relatively simple setting, Piñeiro’s Viola is an endlessly fascinating hour of interwoven themes and metaphors for a generation constantly waiting for something to happen – a deceptively intelligent, technically accomplished and ingenious piece of independent Argentinian filmmaking.