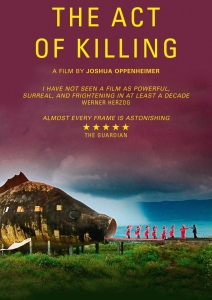 American filmmaker Joshua Oppenheimer’s Berlinale hit The Act of Killing (2012) – in cinemas this week from Dogwoof – challenges the very limitations of what a documentary can be. A disturbingly comfortable voyage into the mindset of evil and the psychology of a murderer(s), Oppenheimer’s film is like nothing you’ll have ever seen before. Focusing on Anwar Congo, a former black market gangster and Indonesian death squad general, Oppenheimer gives this former executioner the stage – allowing him to re-enact the real-life murders he and his cohorts committed in whatever style he so chooses.

Harking back to the Indonesian military coup of 1965, Congo was one of many small-time thugs promoted to these death squads, encouraged to help the army kill over a million reported communists. Despite the graphic crimes of his past, Congo remains unaffected, instead visibly proud of his murderous achievements. At first, the decision to permit Congo the opportunity to seize control of the camera and present his story appears an incredibly thoughtless and insensitive approach. However, it doesn’t take long until his blasé demeanour becomes the very rope to hang himself with. 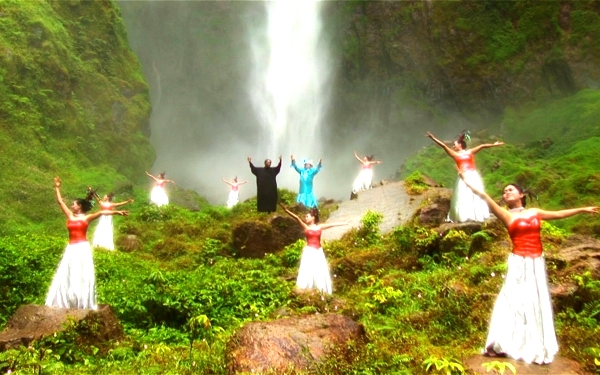 By allowing his subjects to tell their own story and let them run wild with their tales – including a musical rendition of Born Free and numerous riffs on American gangster movies – Oppenheimer’s darkly comic vignettes finally force Congo to question the nature of his homicidal actions. It’s a brave approach that’s fraught with potential ethical problems, but Oppenheimer always appears to be in complete control – despite seemingly relinquishing creative freedom to Congo. The Act of Killing ultimately serves to bring this particular perpetrator, the Indonesian people and the onlooking audience up close and personal with an abhorrent past genocide that’s been rarely touched upon in Western media.

Oppenheimer’s unique approach to documentary filmmaking – eschewing the usual talking head interviews and archive footage – offers up a deeply visceral experience that crawls through your subconscious and takes you as close to the roots of fear as is possible. However, whilst illuminating Indonesia’s troubled past, the film also highlights the link between on-screen violence and real-life violence. Those of a certain mindset can be easily influenced by such depictions, with each of these re-imaginings an eye-opening testimony to the suggestive power of the moving image.

Both visually striking and gloriously surreal in equal measure (as well as being lauded by Bavarian master Werner Herzog), Oppenheimer’s The Act of Killing is certainly not an experience that’s easily forgotten. Endlessly thought-provoking, the disturbing nature of this quite incredible work cultivates a long-lasting sense of unease in the viewer and achieves what all good documentaries aim to do – it remains firmly lodged in you mind and refuses to loose its terrible grip.