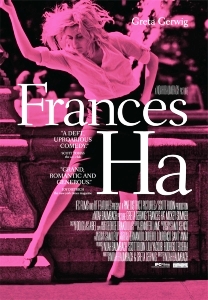 Noah Baumbach’s Frances Ha (2012) sees the US director and indie queen Greta Gerwig team up once again after their successful collaboration on 2010’s Greenberg. This time around, Gerwig has been integral to the scriptwriting process, creating a delightfully twee, metropolitan fairytale about the difficulties of growing up when you’re already fully-grown. Frances (Gerwig) is a 27-year-old aspiring dancer who lives with best friend Sophie (Mickey Sumner) in a cliquey Brooklyn apartment. The pair have been inseparable ever since college, often described by others as being the same person – just with different hair.

However, the girls’ relationship has hit a crossroads, with Sophie moving out to continue her successful career as a publisher. Frances, on the other hand, remains an apprentice at the same dance company she’s interned with since graduation. Finding herself constantly moving from one apartment to the next due to her frail financial position, each step is one further away from the heart of the city, and ultimately a regression back to her youth. Struggling to become a fully-functioning member of society, Frances soon finds her peculiar ways becoming less and less endearing with her fast-maturing friendship circle. 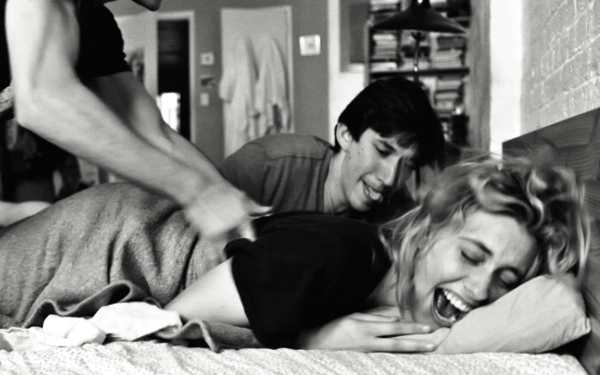 The endearingly sycophantic nature of Frances, with her peculiar eccentricities and indefatigable confidence, makes for a surprisingly lovable protagonist. Her unwavering energy could so easily have become tiresome, yet somehow Gerwig’s ability to inject an infectious degree of charisma and a rare sense of carefree humility into this glaringly gregarious character shows just why she’s so highly regarded amongst the indie film scene. Regardless of whether she’s fawning around on the stage of her dance school, tripping over her words or just making a fool of herself in public (“Ahoy Sexy!”), it’s hard not to embrace Gerwig’s unpredictable penchant for physical comedy and her fun-loving approach to modern life.

A departure from the pompous and downright unlikeable protagonists of his previous films, Baumbach has managed to fashion an impeccable portrait of post-graduate malady. Tumbling gracefully between the low-key aesthetics of mumblecore, as well as the jocularity and intelligence of Whit Stillman (Gerwig starred in his previous outing, Damsels in Distress), Frances Ha also owes more than a slight debt to the liberating films of the French Nouvelle Vague – a fact further emphasised by Frances’ spontaneous, yet disheartening weekend trip to Paris.

A film that both of its co-creators can be incredibly proud of, Baumbach’s Frances Ha has aligned two of America’s most promising independent talents and created perhaps one of the most endearing and affable efforts to have emerged over recent years. Distilling the essence of life into the limited square-footage of a monochrome Manhattan hovel, Baumbach’s latest is a wistful character piece about the pains of entering adulthood in today’s material-driven society.

This review was originally published on 21 June, 2013, as part of our Edinburgh International Film Festival coverage.