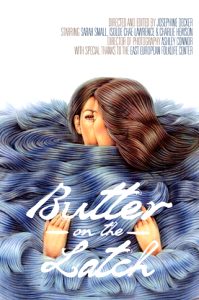 The debut narrative feature from actress and director Josephine Decker, Butter on the Latch (2012) has taken a leisurely journey to this year’s Berlinale, arriving at exactly the same time as her Kickstarter funded Thou Wast Mild and Lovely (our festival review here). Relying heavily on improvisation and community collaboration, Decker’s work is a curious mixture of impromptu drama and creative restlessness. After a disquieting phone call leaves her concerned for her friend’s wellbeing, Sarah (Sarah Small) surprises Isolde (Isolde Chae-Lawrence) by visiting her at a secluded Balkan music workshop in California. 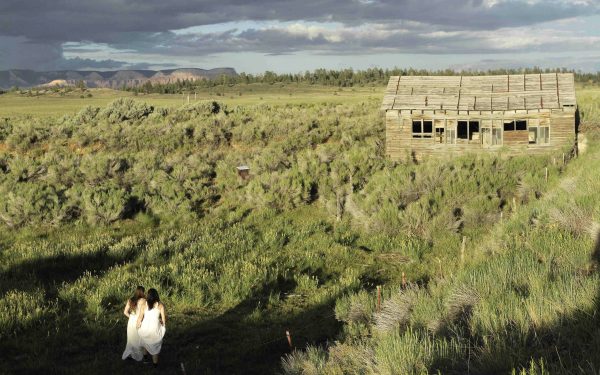 At first, the two of them are seen partaking in intimate, lamp-lit conversations about erotic massages and recent break-ups, clearly delighted to see each other and comforted by the other’s company. As the days go by, however, Sarah and Isolde become increasingly enraptured by mythical Balkan tales. Practising with traditional instruments, singing and dancing, the pair seem inseparable; that is until a handsome man catches Sarah’s eye. As she attempts to seduce him, Sarah becomes even more embroiled within these Bulgarian folk tales, losing sight of her friendship with Isolde and becoming unable to differentiate between fact and fiction. The primeval rhythms of this creative conclave soon become the film’s beating heartbeat.

Evoking the spirits that lies dormant within the natural world, Ashley Connor’s experimental cinematography hones in on the landscape in an attempt to unearth the mysteries of Decker’s impermeable script. Extreme close-ups and a reliance on sound combine to create a sense of inescapable intimacy, immersing us within this ostensibly natural friendship whilst also amplifying the tension once Decker enters psychological thriller territory. However, whilst effectively constructing a claustrophobic and ethereal atmosphere of oppression, Butter on the Latch’s clandestine screenplay and lack of substantial character development sadly nullifies much of its tension.

Whilst Decker’s ingenuity is commendable, her lack of restraint fails to allow the film’s binary narrative to effectively coalesce. This frenzied and nervous approach certainly makes for an intriguing ride, yet leaves the viewer unwilling to trust in the direction the film is taking. Brazenly hallucinogenic and with little regard for its audience, Decker has created an admirably audacious work – there’s just the nagging doubt that behind this unabashed enthusiasm and overzealous use of symbolism lies a dark and powerful voice screaming for attention. A sensuous and haptic thriller, Butter on the Latch explores the female psyche in a unique, if frustrating way.