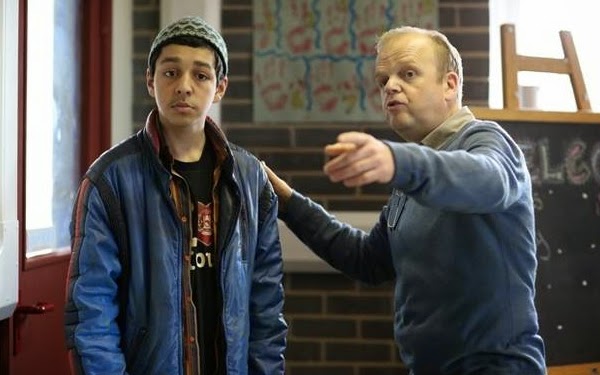 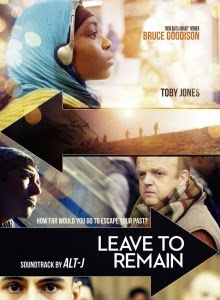 Immigration has been a hot topic of late, with the fluidity of British borders given a great deal of political capital. It’s into this atmosphere that the feature debut of documentary man Bruce Goodison arrives in cinemas, delving into the somewhat unexplored subject of teenage asylum seekers in the UK. Part of an ongoing project to provide film industry skills to kids just like those appearing in his film, Leave to Remain (2013) is based upon true stories told first-hand to the director. They prove the basis for a heartfelt, but flawed, attempt to tackle the legitimate issues faced by the thousands of teachers arriving on our shores in search of a new life each year.

One such young man is Omar (Noof Ousellam), who is something of a ringleader amongst the inhabitants of a school and shelter run by Nigel (Toby Jones). Opening with his tale of fleeing Afghanistan after the murder of his family, the stage is set for Omar’s appeal to stay in the UK after his initial application for refugee status was turned down. The arrival of another young Afghani boy, the traumatised Abdul (Zarrien Masieh), threatens to derail Omar’s plans however, as it slowly becomes apparent that the two have history. At the same time, Abdul forms a tender friendship with a mistreated young woman from Guinea, Zizidi (Yasmin Mwanza), who is making her own request for sanctuary. Whilst the visuals are stylish, they remain shot through with a handheld realism that complements the authentic tales.

The desire to blend his usual medium with fiction cinema does prove a jarring one however, with the various woven yarns never quite forming a cogent whole. There are touching moments and undeniable truths on show, but the conventional narrative that they are forced into feels uneven and the pacing is off – particularly towards the conclusion. It would be easy to see the same accounts playing out via documentary, or potentially even in something a little more formally ambitious. That said, what Goodison would have been setting out to do was raise awareness of the kinds of stories – rife with brutality, loneliness, and injustice – that can be found all too regularly in our own cities. Despite an undoubted agenda, the film also manages to present different sides to the situations, avoiding venerating its characters by keeping them admirably ambiguous. Fine performances by the young characters, and a keenly observed malleability in the ever dependable Jones enhance those blurred lines further. Whilst it may falter at times, Leave to Remain does prove a compelling watch and gives voice to a group who rarely have one.