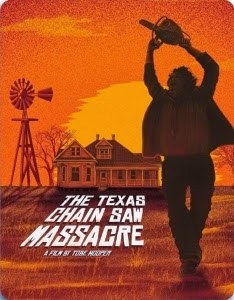 Four decades after its release, The Texas Chainsaw Massacre (1974) still justifies its place in the pantheon of all-time horror greats. Fully ingrained in the psyche of genre fans via the many manifestations of real world-inspired horror directly indebted to it, the film’s influence still ripples through pop culture to this day (see the putrid domicile of Rust and Marty’s nemeses in True Detective). It remains a gruelling and unrelenting slice of shocking vérité terror, its power to disturb not diluted one bit (even director Tobe Hooper was fully cognisant of the challenges in trying to replicate the lighting in a bottle greatness of the original, altering the tone considerably with his 1986 follow-up). 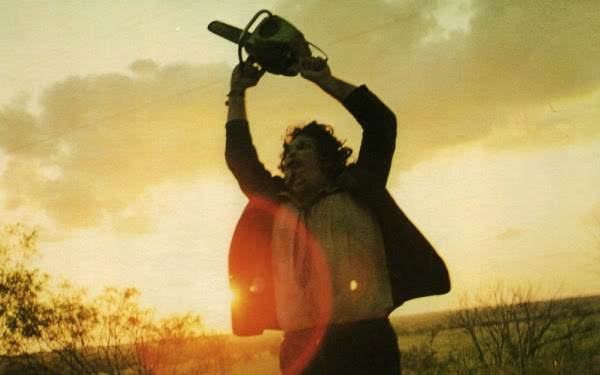 This release (’40th Anniversary Restoration’) is a really an exhaustive love letter to fans of the film. The discs are packed with an abundance of extra features and a great deal of care has been taken with this transfer to ensure the grainy 16mm footage still has a tangible, sun-scorched feel. Seeing the film in this preserved state, it’s all the more obvious why it still manages to stand head and shoulders above its many imitators and any similarly-fashioned films of that time. Simply put, it’s an extremely well-crafted exploitation flick. Expertly edited and shot, the incredible sound design is an unnerving collage of fragmented, dissonant chords, coupled with the persistent (and almost unbearably) deafening roar of the titular instrument of horror in the latter part of the picture.

It’s clear Hooper didn’t let the obvious budgetary limitations hinder his production and instead opted for a more avant-garde, experimental approach in order to realise his vision, something which is clearly echoed in the creative chances that Sam Raimi took a decade or so later with his breakthrough feature, The Evil Dead (1981). The film’s portentous opening voice-over and that agonisingly slow track back revealing two festering corpses straddling a cemetery monument set the tone magnificently. Hooper has little concern with delving into the lives of his teenage/twenty-something characters and aside from his lead, the late Marilyn Burns (who gives a truly astounding performance) the director has no qualms about abruptly and remorselessly bumping off his cast. This is largely why The Texas Chainsaw Massacre has endured. It’s a stripped-down, fat-free cinematic experience with an animalistic vigour equal to that of iconic villain Leatherface’s fervent drive to turn his prey into human cutlets.