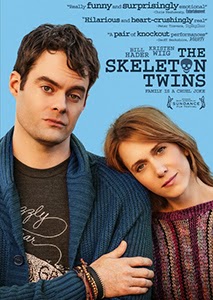 Saturday Night Live graduates Kristen Wiig and Bill Hader reunite as an eccentric brother-sister double act in Craig Johnson’s second feature; The Skeleton Twins (2014), an impressive drama about depression, dependency and the imperceptible umbilical cord that unites those existing outside of the norm. A wilfully bleak comedy where humour is a puzzle to be probed and explored rather than merely a form of escapism, Johnson’s sophomore feature is a surprisingly touching if flawed exploration of contemporary anxieties. Naturally, any film that opens with two botched suicides is always going to struggle to illicit laughs from its audience. 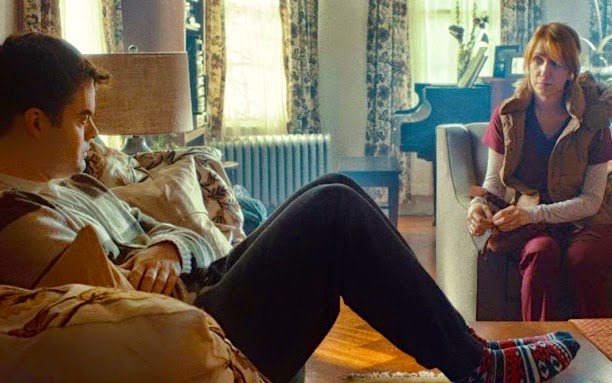 However, when Maggie’s (Wiig) own suicide is interrupted by a call notifying her that Milo (Hader), her estranged brother has been admitted to hospital after failing to take his own life, it only takes an awkward conversation about the novel Marley and Me to break the ice. Don’t be fooled though, the cloud of morbidity that hangs over these disheartened siblings hasn’t passed entirely, Johnson’s cast rely on humour as a defence mechanism and every joke, anecdote and encounter is tinged with a sense of melancholy. Maggie ends up taking Milo back to their hometown to live with her and her husband Lance (Luke Wilson), yet any hopes they might have of rehabilitating him soon prove futile and what unfurls is a series of events that reveal the root of their childhood traumas and the incident that tore them apart.

The chemistry shared between Wiig and Hader is undeniably The Skeleton Twins‘ most endearing feature. Transcending their well-established comedy credentials and creating something deeper and more profound, both actors balance the delicate dichotomy of comedy and drama with poise and composure. Personified best during a lip-sync rendition of Starship’s Nothing’s Gonna stop Us Now, and at its worst during an impromptu scene in a dentists office where the consumption of laughing gas results in the loosening of lips, and sadly, also sphincters, their rapport is always electric, even if the screenplay fails to emulate their efforts.

Depression, statutory rape and female promiscuity are heavy issues for a comedy film to tackle, yet here they’re all adroitly handled, and there’s never the feeling they’re being executed purely for kicks. At the same time Johnson routinely plays it safe, relying on prescribed lo-fi aesthetics, generic emotional triggers and an atypical indie-rock score that drones dispassionately in the background. Depicting the shifting malaise of middle-class America has become a well-trodden path for independent filmmakers and adding anything revelatory to this shallow and depthless issue is a hard task to pull-off – something apparent in the film’s disappointingly mawkish finale. Ultimately, despite boasting two notable performances, the film’s heavily conditioned script allows little room for movement, culminating in an enjoyable, but formulaic addition to the congested canon of contemporary first-world problem dramas.