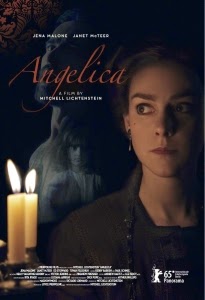 Director Mitchell Lichtenstein achieved cult veneration with Teeth (2007), a idiosyncratic body horror about a young fundamentalist Christian who develops a gynaecological abnormality that she turns to her advantage in order to ward of the threat of male violence. He returns to these well-trodden themes of female sexual repression in his ludicrously ostentatious and fervently Freudian psychological thriller Angelica (2015). Based on Arthur Phillips’ eponymous novel, Lichtenstein’s latest the story of a Victorian marriage destroyed by gender divisions and attitudes towards female sexuality. Jena Malone stars in a well-earned leading role as both the eponymous Angelica and (via flashbacks) her mother Constance. 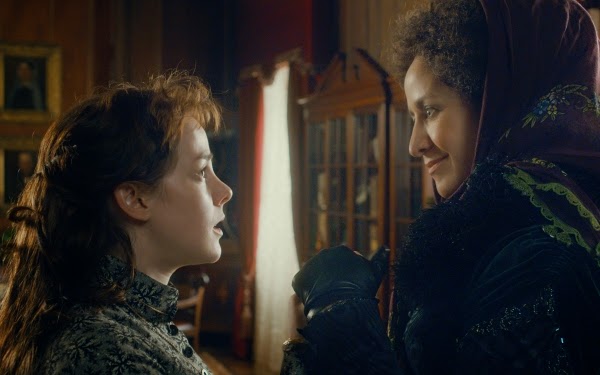 Whilst lying on her deathbed Constance calls out for her beloved daughter and, fearing her hours are numbered, proceeds to tell her the true story of her fathers mysterious disappearance. Angelica’s birth was complicated, and left her mother permanently unable to procreate with her husband, Joseph (Ed Stoppard). Whilst Joseph tries to work around the problem, Constance begins developing some peculiar concerns over her daughter’s health and starts sleeping in the nursery. As Constance’s maternal instinct begins to consume her a series of supernatural apparitions begin to plague their nights, leading to some shockingly phallic nightmares that threaten both her, and her daughter’s life. Visually, Angelica is a sumptuous phantasmagoria of extravagant period details and costume design.

Handsomely lensed by Dick Pope, the film boasts an opulent palette and atmospheric candle-lit spaces. Sadly, the tone is diluted by the erroneous presence of some shoddy CGI. Superficially a Victorian ghost story that draws its influences form classic Gothic literature, the psychosexual themes of the film remain pertinent to this day, yet amongst all the snickering and giggling evoked by the overzealous employment of melodrama and the frankly ridiculous manifestations Constance’s repression takes, the message gets lost amongst the farce. Coming across like a Dickensian Mills & Boon, attempting to fluff the last drops of intimate confusion and suspense from novels such as Henry James’ The Turn of the Screw, Angelica’s biggest problem is that not once do we ever doubt Constance’s mental health. Any tension there might have been is instantly quashed once we understand that Constance is merely the victim of medical ignorance – wrestling internally with the ghosts instilled within her frail psych by a domineering patriarchy. Add to this the more alarming question of what type of mother tells their daughter about the symbiotic moment they shared whilst she fellated her father, and you have a frankly rather ridiculous melodrama that fails to hold a candle to its luminaries.