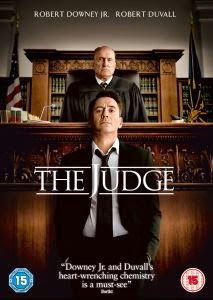 On more than a few occasions during the big screen promo trail for The Judge (2014), star Robert Downey Jr. cited the character-driven US films of the 70s as his inspiration behind the project (a labour of love for the actor; his wife Susan has a producer credit). What might have looked promising on the page (although some of the overwrought dialogue can’t have been too easy on the eye) fails to translate successfully to screen. The potentially dynamic tête-á-tête between Downey Jr. and on-screen father Robert Duvall has to compete with a flabby running time and a wrong-footed approach to material which, in the right hands, could have transformed a conventional pot-boiler into a solid mainstream drama. 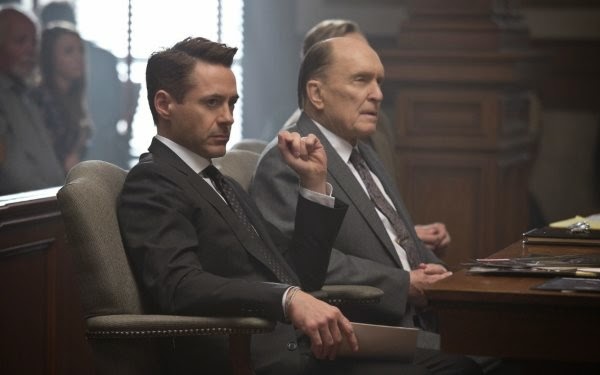 David Dobkin is an odd choice to direct given the broader, slapstick farces which make up the bulk of his résumé. He lathers the film with the kind of syrupy platitudes which often steer it towards Hallmark Channel territory – not helped by Thomas Newton’s cloying, factory-produced score – and away from the tougher and more thoughtful character study that Downey Jr. may have envisioned. The actor plays Hank Palmer, a ruthless big-shot city lawyer with a roster of rotten clients and a marriage on the skids. Forced to head back to the southern bible belt town he grew up in when his mother suddenly passes away (cue obligatory sweeping cornfield vistas) Hank’s tumultuous relationship with his stern, deeply principled father, Joseph (Duvall), a highly-regarded local judge, is stretched to complete breaking point.

Pops is the chief murder suspect in a hit and run incident, and as Hank reluctantly takes on the case, old wounds are reopened as the father and son duo form an uneasy alliance and attempt to reconcile past differences. The Judge is a film much too in love with it’s own sense of prestige and weight, which might account for the willfully self-indulgent two hour-plus running time – a major plot revelation could have easily arrived thirty minutes earlier than it actually does. When he isn’t bathed in an ethereal light Downey Jr., unsurprisingly, does wounded and aloof rather well, and it’s his combative scenes with the great Duvall which occasionally shake the film out of its staid, derivative state. They hint at the kind of meaty drama what could have been; one scene featuring the agonising physical vulnerability of Duvall’s character feels like it’s wandered in from a completely different feature. Add to this a sketchy and largely superfluous romantic subplot featuring an old flame of Hank’s (Vera Farmiga, as the least convincing career waitress in moviedom) and we’re left with a film that falls well short of its lofty pretensions.