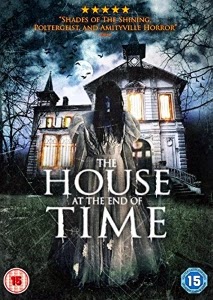 You know the drill. A family moves into a large house. It seems perfect. Things are good, for a while. Kids start to complain about strange noises. Parents are spooked. Then it all ends in brutal bloody murder. It might sound like your common-or-garden chiller, but there is much to admire in The House at the End of Time (2013), a Venezuelan genre picture by Alejandro Hildago. If in concept rather than in execution. Housewife Dulce (Ruddy Rodríguez) is sent down for a thirty-year stretch. The police discovered her husband knifed to death and their child missing. She pleaded innocent, but the crime looked too much like a run-of-the-mill domestic incident gone tragically awry. 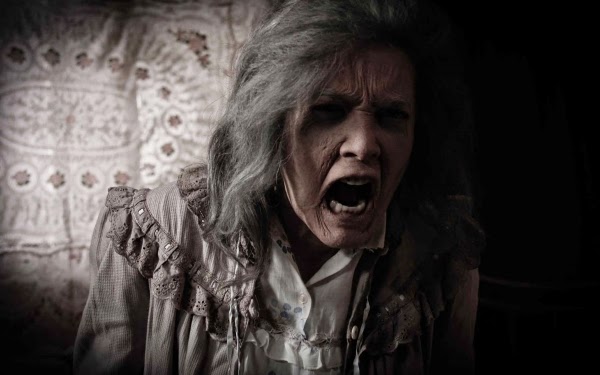 Fast forward to the present day and, thanks to a local priest, the now elderly woman attempts to solve the mystery of that night and exorcise the demons within the walls. If the going is slow for the first hour, a genre-bending third act pitches what was up until then a tale of ghostly goings-on into the realms science-fiction. Peel back the genre trappings, however, and what we have is a story about a family in economic crisis and patriarchal failures. Yet while The House at the End of Time is admirable for its clever plotting and unusual socio-economic subtext, does it equate to an enjoyable ride? Not really. An orchestral score even John Williams would have ditched as too sentimental undermines much of The House at the End of Time’s creepiness, and drowns others scenes in schmaltz.

It must be said that Dulce is not the most interesting character to ever front a ghost/time travel story. As she plods around the house waiting for old ghosts to reappear, tedium sets in. Of course the pacing is deliberate, but it’s also far too slow. The house, a striking edifice more akin to a Byzantine church than a home befitting a working-class neighbourhood, and its backstory, is pure H.P. Lovecraft. A mad architect from Europe into arcane and esoteric knowledge – think Aleister Crowley as a master builder – came to Venezuela with the intention to build a home in an exact location due to his belief that there was something very special about the location. Dulce and her unemployed husband, Juan José (Gonzalo Cubero) bought the dilapidated pile at a knockdown price they never would have been able to afford, if not for government assistance. It’s an enticing piece of mythology on which to hang a rather plodding, predictable haunter.