DVD Review: ‘What We Do in the Shadows’ 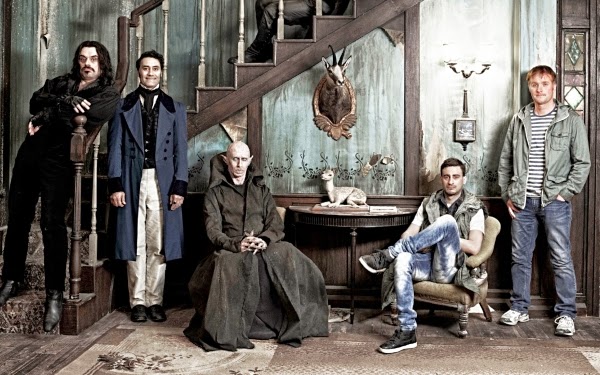 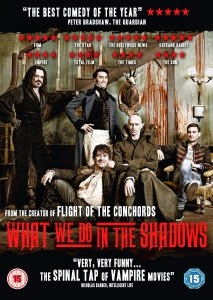 Taking into account the countless iterations of vampire mythology in popular culture over the last few years, you’d be forgiven for thinking that a stake had been driven through the heart of originality when it comes to the cinematic exploits of the toothsome undead. Thankfully, What We Do in the Shadows (2014) proves that not every last drop of blood has been drained. Akin to Edgar Wright’s 2004 zom-rom-com Shaun of the Dead, this is a film that doesn’t set out to outwardly parody the genre, instead using those long-established vampire tropes as a hook for the humour, flipping them for comedic effect in a whole variety of imaginative ways.

Resembling a supernatural take on an insipid fly-on-the-wall documentary, we’re introduced to the lives of four vampires in the run-up to the yearly ghoul-heavy ‘Unholy Masquerade Ball’. The foppish and desperately winsome Viago (Taika Waititi) yearns for his long-lost love while sharing a house with the libidinous Deacon (Jonathan Brugh), unruly Vladislav (Jemaine Clement) and the craggy Nosferatu-like Petyr (Ben Fransham). Collectively a ripe old age of almost 10,000 years-old, the foursome still struggle to reconcile their issues stemming from flat-sharing. There’s a reluctance to pitch in with domestic chores (a mountain of blood-caked goblets sit unwashed by the sink) and an active social life outside of the walls proves challenging as the local nightclubs are impossible to enter unless they’re invited in.

Co-director Waititi brings a whimsical edge to proceedings, reminiscent to that of his debut Eagle vs Shark (2007), but this time juxtaposing a theatrical Gothic atmosphere with the grounded, colloquial charms of New Zealand. Together with his creative collaborator Clement (giving a predictably hilarious turn on screen) the duo craft their humour from an exhaustive list mined from vampiric folklore, even pulling from pop references (there’s a fun Lost Boys (1987) mind control gag which the housemates freely admit to stealing from that film). What prevents the results from feeling like a series of skits bundled into 90 minutes is the attempt to give each vampire a character arc and by introducing conflict into the group with the arrival of Nick, a newly turned creature of the night who really struggles to settle into his new life. But for all the imagination stuffed into the scenario, it’s ultimately the skilled performers who make the material fly. What We Do in the Shadows could easily have descended into a one-joke film, but is instead a fresh addition to this overstuffed sub-genre.