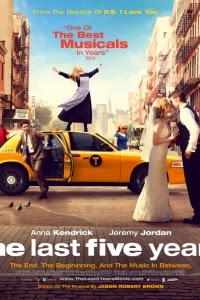 With a riveting performance in The Last Five Years (2015), Anna Kendrick has proved she may be a contemporary Judy Garland. She plays the wildly ambitious, almost foolishly optimistic Cathy, a young singer from New Jersey trying to turn her passion into a career in the Big Apple. When she meets Jamie (Jeremy Jordan), a hopeless romantic wannabe novelist, the two are immediately drawn to one another. Cycling between their present and past, the film – based on Jason Robert Brown’s Broadway play – honestly, if not exaggeratedly, explores the pains and hardships even the most stable of relationships suffer from when one person’s dreams have begun to bloom and the other’s are still being chased. 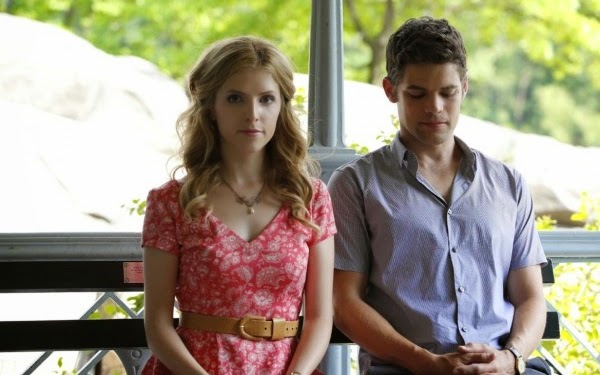 When Jamie’s career as an author begins to sky-rocket, his entire life morphs into the intimate fantasy he’s had for himself. His hopeless romanticism seemingly takes over his rationale. He’s got the beautifully supportive wife, the hoard of exuberant fans, the apartment in Manhattan, and the rock star literary career. As his snow globe dream starts to fall into place, Kendrick’s remains stagnant. “I tend to follow in his stride, instead of side by side,” she proclaims during one of the songs. She tries everything in her power to satisfy her own creative needs, including trekking out to Ohio each summer to gain more experience and work. One of the subtle ways director Richard LaGravenese implicates a change in time – from boisterous youthful days of newfound love to the bleak dread of the present – is with colour.

At first, Cathy and Jamie sport an array of vibrant costumes, the sky is bluer, and the streets of New York light up with love. Later, a monochrome settles in and overcasts everything as they begin to wear more grey and black, the streets desolate and void. It’s a small design decision that carries the visual aesthetic of the film rather elegantly. Pacing issues and clichéd dialogue between Jamie and Cathy, however, can make proceedings tedious at points. Fortunately, the spectacular acting from both Kendrick and Jordan more than make up for it. Their on screen chemistry is tepid and duets feel forced, but when each is on their own and belting out their various parts, there’s a definite pull to each.

Kendrick, in particular, sparkles like a rare diamond in a coalmine. She’s proved in past movies like Pitch Perfect (2012) and Into The Woods (2014) that she can shine as a musical treasure, but with this role, she is able to bring a level of empathetic vulnerability necessary to make Cathy as endearing as she needed to be. Her optimism is infectious, and because it was so, her disappointment and eventual heartbreak is catastrophically devastating. The Last Five Years is a tragically ordinary tale of what juvenile love can eventually mutate into as people grow older and change. While not cautionary, the decision to end despairingly is the most empowering, honest one that could have been made to make the greatest emotional impact.