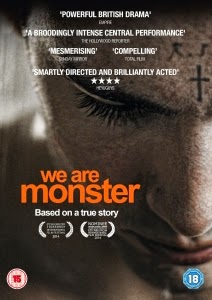 ★★☆☆☆
The murder of Zahid Mubarek at Feltham Young Offenders’ Institution in 2000 is the harrowing subject of British director Antony Petrou’s We Are Monster (2014), a clumsy and facile character study into his killer, Robert Stewart; an apparently well-researched drama that feels more like a hopeless shot in the dark at reaching the inner psyche of a killer. Stewart was a known racist, mentally unstable and violent (with an RIP tattoo on his forehead), but after institutional failures was put in the same cell as the British Asian. Six weeks later, Mubarek was dead, bludgeoned to death with a wooden table leg hours before his intended release. All in all, it took six years for the victim’s relatives to get answers. 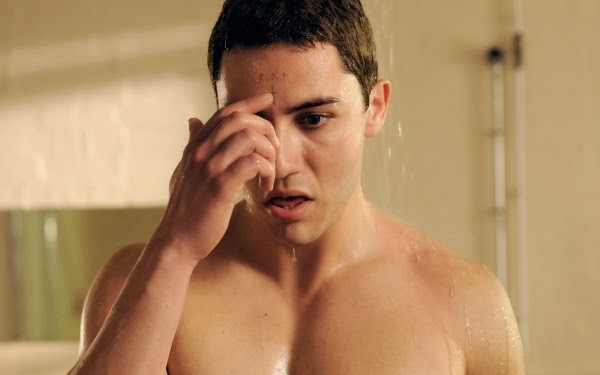 This naturally resulted in accusations of institutional negligence about the shambolic nature in which Feltham was run. Twenty prison officers were named and shamed in the report, none of whom received disciplinary action. We Are Monster ends with this typed up on-screen, which suggests that the film sees itself as a portrait of how Stewart’s racism was allowed to flourish in the prison, how the institution destroyed the humanity of the individual and thus made him the ‘monster’ of the title. Instead, its subject is far more speculative and indeed less interesting, enraptured in Stewart (Leeshon Alexander) and him alone, apparently indicating that his mental psychosis drove him to murder whilst never establishing the racist environment that allowed this most disturbed of minds to do such deeds.

Written by its star, Alexander wildly mishandles his protagonist. He portrays Steward as a schizophrenic haunted by an aggressive out-of-body vision of himself, goading him into violence. Where this vision comes from is anybody’s guess. Even aided by some coolly crafted images by DoP Simon Richards, its direction by second-timer Petrou is suspect – the way Stewart’s mental instability is handled and portrayed is all bulging eyes and wild tempers. It should be disturbing but feels straight out of pantomime. Alexander surely seeks to articulate the origins of Stewart’s disturbed mindset, but rather than establish the environment of the time – only a few years after Stephen Lawrence’s murder – he wades through a laboured back story of an abusive father whose violence happens to coincide with racist episodes. Writing about a subject as sensitive as this requires great skill. Sadly, a skilful hand is just what We Are Monster lacks.