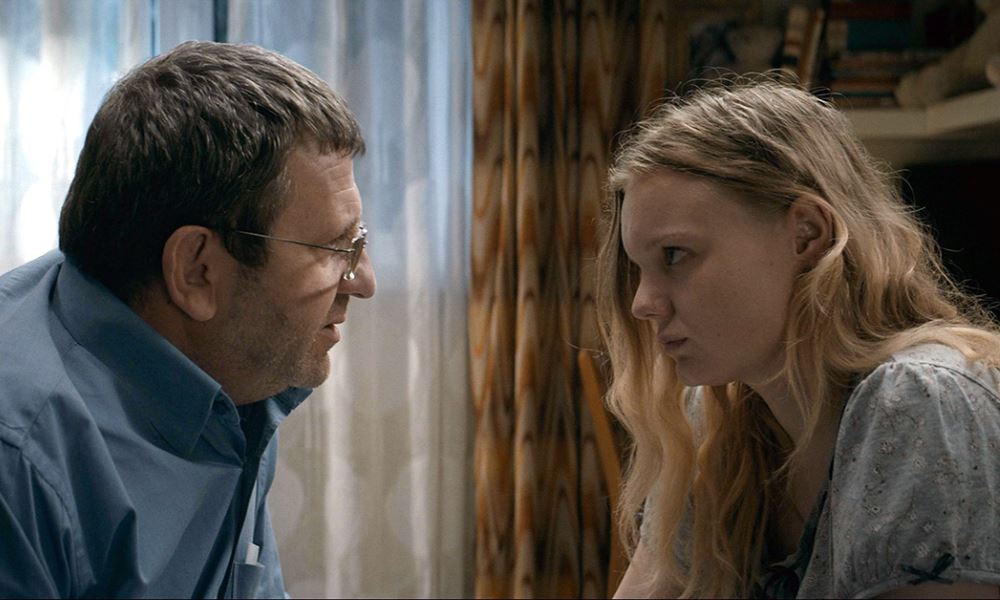 The Romania of director Cristian Mungiu’s terse, difficult Graduation is one weighed down by endemic corruption, systemic unfairness and economic defeat. Romeo (Adrian Titieni) dreams of a better life for his daughter, Eliza (Maria-Victoria Dragus), who has been awarded a life-changing scholarship to Cambridge University. But after she’s sexually assaulted outside school, the outcome of her crucial final exams are thrown into jeopardy. Romeo rushes to Eliza’s aid in the aftermath, but his immediate concern is with Eliza’s exam results.

Perspective is key here: Romeo is undoubtedly a loving father, but he sees his daughter’s escape from their small town as his own by proxy, a vicarious redemption for a life lived in compromise. Eliza’s marginalisation in her own life is evoked through Mungiu’s nervy camera, which keeps Eliza’s face largely out of frame prior to and after her attack, and which remains reluctant to frame her throughout the film. Pushed to the edges, too, are the other women in Romeo’s life – his fraught wife Magda (Lia Bugnar) and his mistress, schoolteacher Sandra (Malina Manovici).

Both women bear the same weight of disappointment and regret that Romeo feels, but too wrapped up in his need to control his daughter’s life, he’s either oblivious or indifferent to their suffering. Unfortunately, on focusing so much on Romeo’s journey, the film largely positions Magda and Sandra in relation to Romeo, and even Eliza feels more of a vehicle for Romeo’s arc than a character with a rich internal life. This imbalance is eased, however, by a surfeit of memorable performances. Magda’s decades-long tiredness is matched by the weary impatience that Manovici brings to Sandra, both women browbeaten by circumstance and injustice.

Where Magda is resigned to fate, Romeo is corrupted by it, calling in favours to help his daughter cheat on her exam and secure her future. It’s just as easy to justify his actions as it is to condemn them, but the potency lies in the moral paradox of knowing that the only way to play a crooked system is to crook it yourself. It’s a quandary further complicated by the fact that as a doctor paying for his daughter’s private tuition, Eliza has already benefited from relative privileges denied her peers.

The real sting in Graduation’s tail, though, is that should Eliza ever make it to the UK, she is unlikely to find a welcoming, progressive country of opportunity. Her parents’ fraught arguments over futile attempts to improve their lot may be bitter, but perhaps no more so than the corrupt and uncaring world that awaits her. For all the moral degradation of its characters, Graduation is uncompromising in its vision of the cost of parental responsibility.