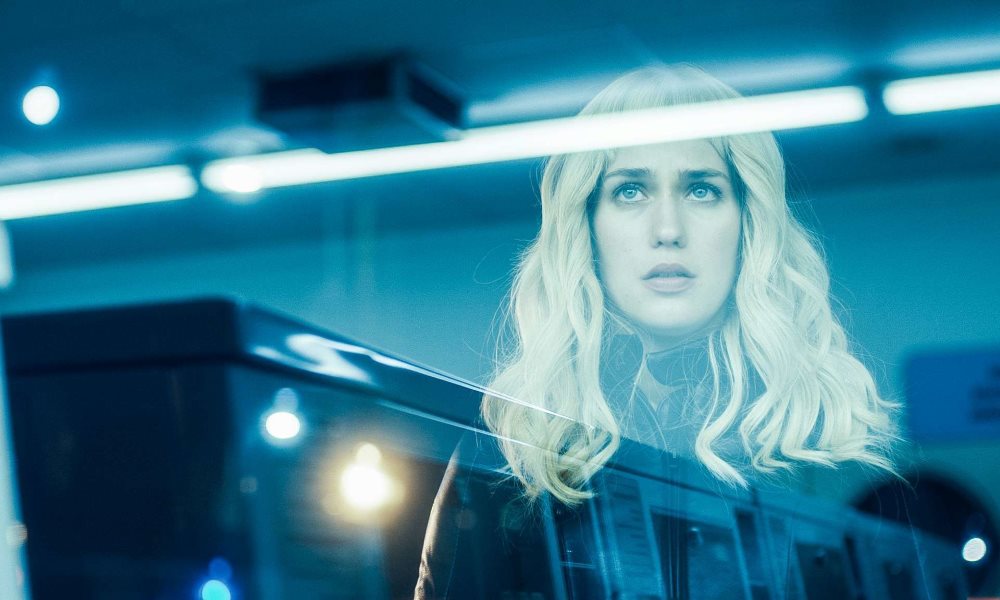 Hollywood is never happier than when looking at Hollywood. From the polished, ironic magnificence of The Player to the lo-fi grunge of The Canyons, the starry side of LA has swallowed its own tail on numerous occasions, much to its great satisfaction. Along similar lines follows recent Locarno offering Gemini.

With Gemini, former mumblecore meister Aaron Katz offers up a humble mystery that carefully and wittily sidesteps many of the cliches to bring something quietly smart. Hot star of the moment Heather (Zoë Kravitz) finds herself wanting to get out of everything: Los Angeles where superfans and paparazzi bug her, her new movie which is due to start shooting, and her relationship with psycho boyfriend Devin, who texts that he now wants to kill her. However, it’s her assistant Jill (Lola Kirke) who has to actually do the messenger routine and the handling of furious directors, agents and ex-boyfriend.

They have a close relationship which overlaps across boundaries. They’re so close that they are rumoured to be an item. This all comes to a head on one night, when Heather asks to borrow Jill’s gun.Soon enough the gun has been fired and there’s a corpse and Jill is set up as the prime suspect by empathetic detective, played by John Cho. Despite the blood and the setting, there is a surprising lack of sleaze. No coke, not much sex and the only excess seems to be karaoke – terrifying for sure, but not exactly Babylonian. Even when Jill breaks into psycho boyfriend’s hotel room she finds it all neat and tidy. This is more Nancy Drew than Bret Easton Ellis, but therein perhaps lies its originality.

The playful tone is fully established by the two female leads who banter away with a credible BFF naturalism, faking British accents which is something – this reviewer can assure you from personal experience – Californians think is hilarious. When Jill calls on writer/director Greg for help, he explains the plot of the film in screenwriting terms, continuing the light touch even post-blood-shed. “It should really turn out that you did it,” he tells her, none too helpfully. This isn’t some super-clever postmodern layer, but rather just of a piece with nobody – not even the police – taking things that seriously.

Andrew Reed’s cinematography has an old fashioned slightly American Gigolo feel – all smoothly done pan shots and pastel and neon colour palette. In the end everything risks becoming the Beverly Hills equivalent of a shaggy dog story – a Shih Tzu dog story? – but it is also the kind of effortless entertainment to brighten up a drizzle-soaked afternoon.