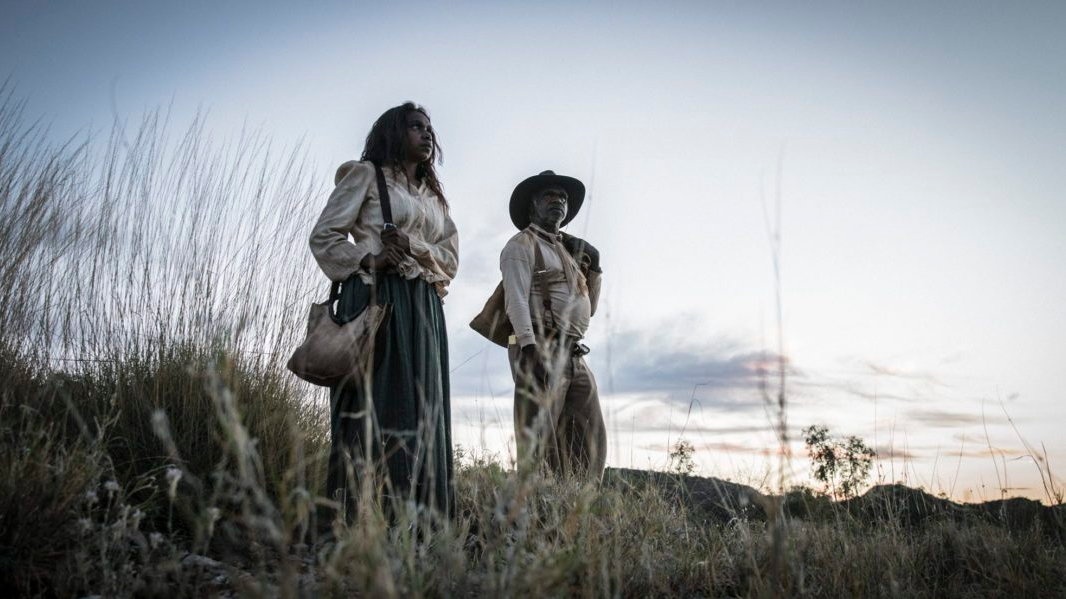 In UK cinemas this week, Warwick Thornton’s Sweet Country is an Outback western as harsh and beautiful as the land it describes. Hamilton Morris plays the man on the run and Bryan Brown is the police sergeant who must hunt him down.

When Sam (Morris) shoots Harry March (Ewan Leslie), he knows he’s in a heap of trouble. It doesn’t matter that he was defending himself and his wife from Harry who was armed and threatening their lives. Nor does it matter that Harry was a drunken psychopath irretrievably damaged by the First World War. None of this matters because Sam is an Aborigine and – as he’s told by a bystander: “You just a shot a white fella. You’re in for it now.” Sweet Country takes place the interwar years and its setting is Australia’s Northern Territory, a wilderness sparsely populated by white farmers, their only company the blacks they’ve dispossessed and who they treat with casual contempt. “Fuck off,” seems to be the most common way of saying goodbye.

Fred (Sam Neill) is the exception, a devout Christian, who does his damnedest not to curse and treats everyone as equals. Ironically, the tragic chain of events is set off by Fred when he absents himself from his farm and leaves Sam to work for Harry as a favour: “the Christian thing to do”. Following the shooting, Sam and his wife Lizzie (Natassia Gorey Furber) go on the run and local lawman Sgt. Fletcher (Brown) rounds up a posse and takes off after them. Fred goes along, hoping to prevent violence, as does local farmer Mick Kennedy (Thomas M. Wright), another unwitting link in the chain. He has a mixed-race son, who he beats and berates and who Harry was hunting down when he broke into Fred’s house and got himself shot in the neck.

Screenwriters David Tranter and Steven McGregor show there is guilt to go around in spades, giving a portrait of Australia as relentlessly hostile and racially toxic despite the “g’days”. Brief soundless flashbacks and flashforwards, foretell or recall moments of violence as if each act of brutality rings through time. One evening a silent movie tells the story of the Kelly Gang, mythologising an Australian free-spirited lawlessness. But the real lawlessness is the injustice perpetrated against the aborigines around them. The whites are driven by their hatred and the blacks are brought low, divided among themselves and forgetting their own traditions.

Fortunately, Samson & Delilah director Thornton along with co-cinematographer Dylan River have produced a film of lyrical beauty. The landscape is painted in all its glory, but the beauty has meaning: the bleak whiteness of the desert; the shafts of light that break through the clouds like something from a prayer card and the peaceful respite of a waterhole. Sam and his wife have run to the ‘sweet country’, the tribal lands that the whites are yet to steal and spoil. Ironically, it is Fletcher who calls them this as he considers retiring there with his barmaid girlfriend.

The performances throughout the film are excellent with Brown, Neil and Morris proving this is a country for old men, at least acting-wise. Tremayne Trevorn Doolan debuts as the young boy Philomac who is torn between his aboriginal identity and the obvious advantages that come with his white father. Sweet Country is a hoarsely angry film, a powerful denunciation of the racism and violence on which modern Australia was eventually founded.