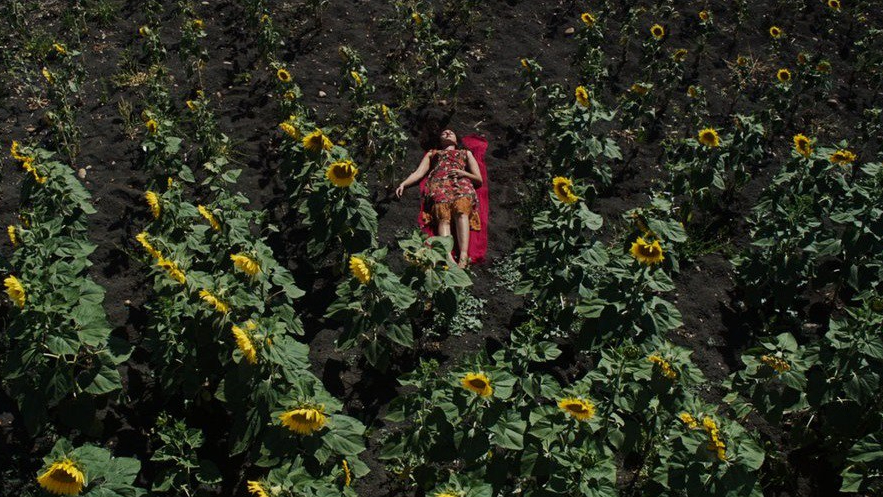 “Only the sun can cross borders without soldiers firing at it.” This quote, from Hénia (El Ghalia Ben Zaouia), the protagonist of Narjiss Nejjar’s eminently political film Stateless, only really resonates after we learn that she is one of the 45,000 families – about 500,000 people – who were ruthlessly expelled in December 1975 from Algeria to Morocco in the aftermath of the Green March.

Too often, the painful human realities of such migration is obscured by facts and figures, but with Stateless, Nejjar has created a powerfully subjective film that questions what it means to live across borders, and to feel detached from the land of your birth and family.The film follows Hénia, a 35-year-old woman haunted by the memory of her childhood being ripped away from her when she was estranged from her family and forced into exile in Morocco. Stripped of her identity, Hénia is determined to return to Algeria and find her mother.

Initially, it doesn’t seem too hard a task. She lives on the coastal border between the two nations, and can even see the Algerian flag on the other side of the bay as it dances blithely in the sea breeze. She even practices holding her breath whilst taking a bath in preparation for making the short swim across the border. Unfortunately, the border is heavily policed and the papers she requires to cross legally disappeared along with her father. However, that doesn’t stop her making the journey to the embassy every morning, only to be faced with rejection every time.

A powerfully subjective perspective of migration and its aftermath, Stateless is both a moving tale of personal trauma and a study into the conflict between personal and cultural identity, and what it means to find yourself forced to sympathise with those two sides at once. However, when Hénia is forced to marry the elderly, blind brother of her adoptive mother, it feels like Nejjar has pushed this study into the psychological cruelty of robbing refugees of their identity too far, using extreme close-ups and unsettling sound to give the introspective and reflective dimensions of her heighten sense of confinement free rein. Yet, instead of wallowing exclusively in Hénia’s trauma, the film expands into a more conventional family drama after her new husband’s son, a young businessman visiting from France, takes a liking to her. It doesn’t take long for things to get messy, especially when his wife turns up, and once again Hénia finds herself the pawn in another violent display of power.

Despite being a story about a woman forced to make difficult decisions in a society where choice is a luxury, Stateless is a beautiful film, boasting a palette of vibrant magenta, golden beaches and blues so deep you’d think they were painted in acrylic. But these flourishes of colour are subdued by the painful memories of the past, and only act to underline Nejjar’s point about how the traumas of migration often co-exists with the complexities of identity.