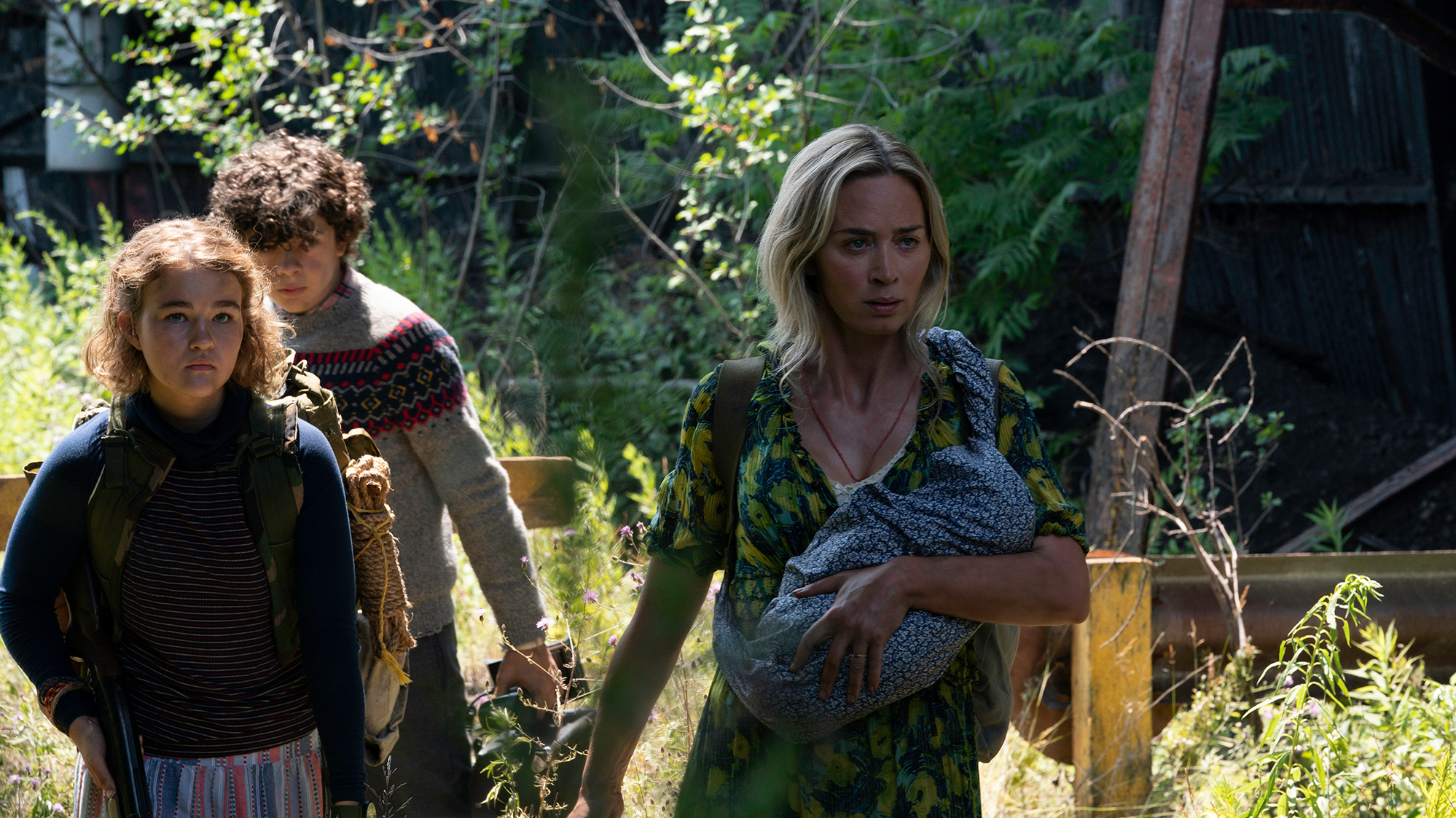 Bolder, more bombastic and action-driven, John Krasinski’s A Quiet Place Part II pushes the boundaries laid down by its nail-biting, claustrophobic forebear, building upon the solid – though deeply shaken – foundations of the 2018 surprise smash hit.

All that was out of sight was very much front of mind in the writer-actor-director’s chilling first instalment; its overwhelming, well-deserved success coming out of nowhere in much the same fashion as the voracious, all-hearing beasts which lurked menacingly in nearby woods. Brought out into the open, the follow-up, which again champions and develops a perceived weakness in one of its principals turned into formidable strength, moves towards being more a coming-of-age blockbuster than the small-scale, psychological horror of the first film. That is by no means a criticism as such; seeing Part II is again an exhilarating, heart-stopping experience.

Though slated for release in March 2020, it’s a relief that the film is now receiving a full cinematic launch rather than a mid-pandemic streaming service dump, as it certainly belongs on as big a screen as possible. And though in broadening its narrative horizons beyond the soft-padding of a familiar sand path, which sees the remaining Abbott family members tread new ground – in more ways than one, this sequel loses some of its gut-wrenching, emotional heft by replacing deafening silence, stillness and sacrifice with set pieces.

One such, and arguably its best, is in a pre-title card jump back in time to ‘Day 1’, preceding the first film. Again testing an audience member’s ability to hold their breath for minutes at a time, Krasinski constructs another extraordinary opening sequence. There’s a pang of sadness as he appears on screen alive and well, spaceship toys sit on pharmacy shelves and the family attend eldest son Marcus’ (Noah Jupe, excellent once more throughout) ball game. Watching on from the bleachers, too, is Cillian Murphy’s Emmett, later to play a vital surrogate role. What appears to be a meteor strike interrupts this idyll of sunny Americana before all hell breaks loose in a bewildering, edge-of-your-seat first five minutes which director and crew assemble with virtuoso skill.

Not skipping a beat, and with no time for mawkish or melodramatic mourning, we hit the road – or rather a disused railway line – in the next moments, cutting back to the immediate wake of the first film’s grim conclusion. Quick-thinking and invention, courage and determination remain the name of the game, and Regan (Millicent Simmonds, who really shines here) steps up to help the shotgun-toting head of the family with keeping it all together. Blunt, as practical, steely-eyed and resolute as we have seen previously, takes a slight back step to allow her eldest children to thrive to survive, and this change of dynamic – a kind of passing on of the torch, the influence of a father’s legacy and growing responsibility – works well. The distant beacons visible before from the homestead grain store never visited in Part I prove to be warning signs of both refuge and threat in them there hills.

Non-alien malevolent forces are an unexpected foe, but hope may lie somewhere beyond the sea. This former thread, and a significant cameo too swiftly dispatched, are underdeveloped elements of a screenplay which much like a crucial, dwindling air supply, is stretched a little thin in places. An oxygen tank hasn’t played as important a role in a film since a certain shark movie, and extra-terrestrial beings peering through falling water rings familiar bells, too. But amid the allusions and collisions, jump scares and very close calls, the thrills and spills of A Quiet Place Part II are elevated by its strong performances and a director with a keen eye for this intelligent genre piece whose broad appeal makes for another sure-fire hit. Take a deep breath, and enjoy.