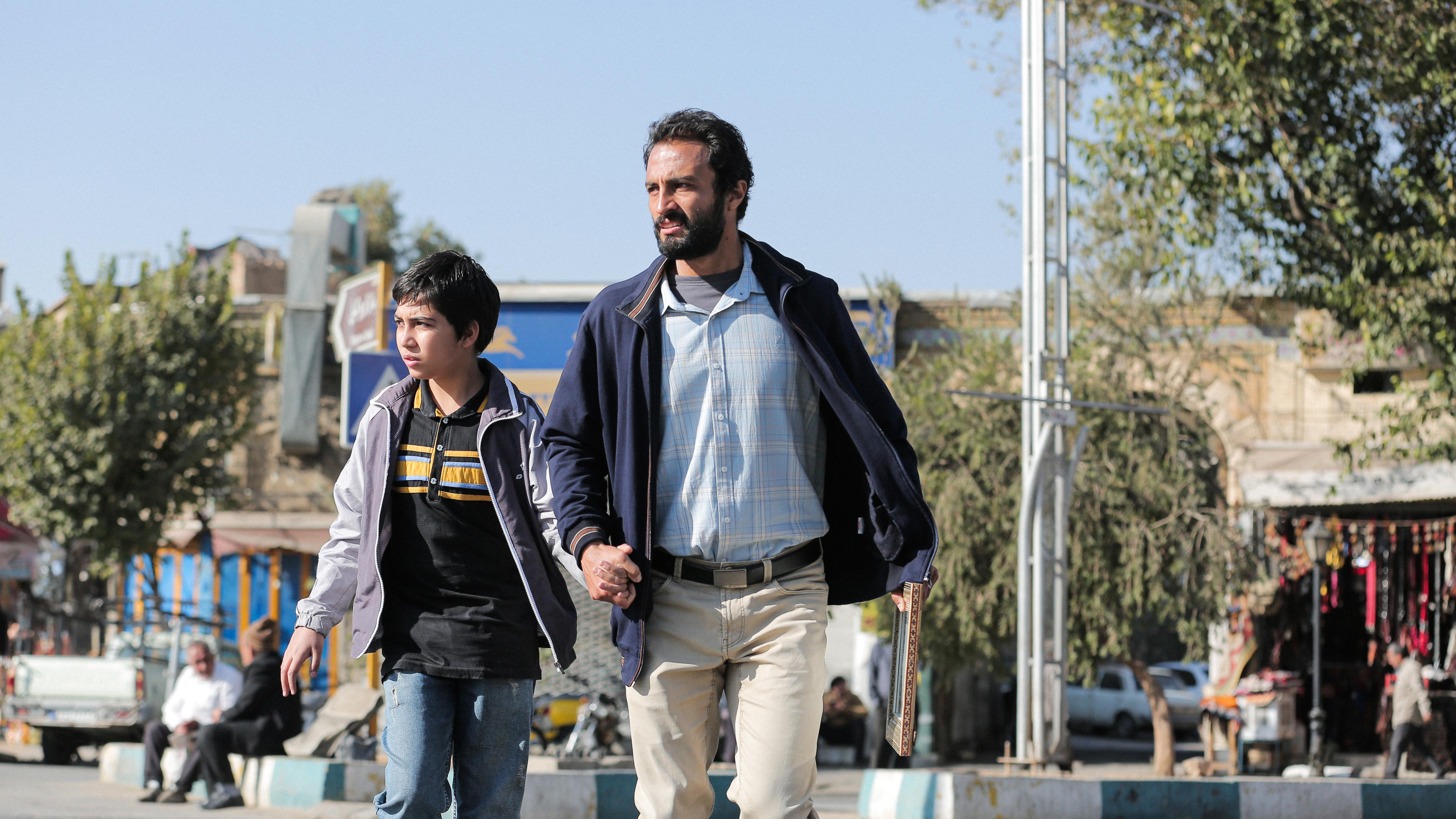 Ten years ago, Asghar Farhadi was catapulted from the status of well-regarded dramatist and filmmaker into the more rarefied atmosphere of Hollywood recognition, thanks to A Separation. Becoming the first Iranian director to claim Best International Feature Film at the Academy Awards brought wider interest to his patch of world cinema, shining a light on his intimate portrayals of Tehran’s social complexities and family dilemmas.

With A Hero, Farhadi is back in his cinematic wheelhouse, dissecting the emotional cost of social expectations, delivering a tightly-wound drama of debt, obligation and the difficult question of what one person’s reputation is really worth. When we first meet Rahim (Amir Jadidi), he is on temporary release from debtor’s jail. The film begins with the camera following his path across the backdrop of an ancient Iranian monument, carved from sandstone the colour of burned-gold as he drops in on a family member working on its restoration.

It takes perhaps a minute to arrive at the crux of the matter. He is free, for now, but he believes the end is in sight for his time kept away from society. An act of generosity means he has come upon a large sum of money, enough to mostly repay the debt that landed him in jail to begin with. The sun shines on his hangdog smile as he starts to believe that life can begin again, and the audience is left to wonder: if the work of centuries ago, this lapsed monument, can be worked on, restored and shown some love, is the same not true for one man already halfway along life’s path?

In typical fashion, Farhadi’s film begins to tie a rope of optimism around its central character with just enough length to get him in trouble. We learn that the money he has chanced upon comes from his girlfriend Farkhondeh (Sahar Goldust) and that she may have acted less than ethically in claiming the money as her own. When Rahim is left in a quandary as to what to do, he tries to be decent. His act of partially-redeemed morality earns him the ironically-bestowed title of the film – he really is a botched hero of circumstance – but every decision, every attempt to be truthful, seems to wind that rope tighter around his chest. His former father-in-law (Mohsen Tanabandeh), to whom he owes the debt, is determined not to let society forget what he considers his true status: a dishonest rascal with a knack for winning fraudulent sympathy.

A Hero is everything that fans of Farhadi’s work will know to expect. The cast are note-perfect and Amir Jadidi is exceptional in portraying a figure of repentance whose genial attitude might just be covering a deeper well of passive-aggression and resentment. Mohsen Tanabandeh, as his nemesis, increasingly earns the audience’s understanding as this simmering moral tale weaves its course. The camera is forever handheld, placed to one side of a room where we can see these characters come to life. They fight, they argue their case, and the viewer is offered all the messy details of a stern system of debt and debt-relief that seems to offer precious little justice for anyone involved.

It’s hard to say whether this film is among Farhadi’s very best work. Its plotting is so torturous at times that one is occasionally shaken loose from its hold and left feeling almost as downcast as Rahim himself. That may be part of its magic or it may be just-shy of perfection, but one thing is certain. This is another beautifully crafted film from a director who knows how to draw every last jot of human emotion from his cast, throwing big questions before his characters and letting them take it in their stride.