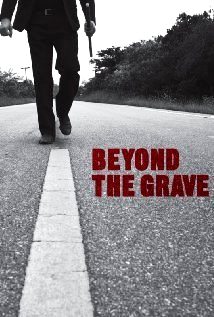 Regurgitating elements of both the horror and western genres into a hideous example of grindhouse gone wrong, Brazilian director Davi de Oliveira Pinheiro’s Beyond the Grave (2010) is an abysmal post-apocalyptic revenge thriller. In a desolate dystopia ravaged by some unspecified disaster, a merciless former-police officer (Rafael Tombini) is searching for a possessed killer. In a world where black magic dictates the tempo of everyday life and zombies roam freely like disoriented pedestrians, this is a road trip through the eerily deserted boondocks of Hell – where deliverance from evil is a wishful delusion. 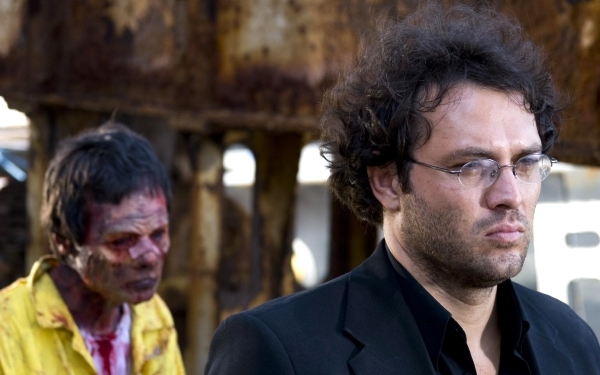 As he embarks on his ‘life or death’ mission to find this supernatural serial killer, Tombini runs into violent cowboys, a sword-wielding assassin, two lost teenagers and a former blind colleague now infected and motivated merely by the taste of human flesh. Amalgamating choice cuts from Tarantino’s oeuvre, Jodorowsky’s El Topo (1970) and even Stephen King’s The Stand, Pinheiro has crafted a film that feels like a cocktail of old VHS horrors roughly cut and spliced together into an affectionately-made ode to late night cult cinema. Sadly, affection isn’t enough to cultivate a fully-fledged movie, and Pinheiro’s noticeable lack of cinematic understanding has resulted in this downright ugly fusion of bargain basement cast-offs.

Suffering from severe pacing issues and failing to utilise the rich resources at hand, the film’s gore and violence is ultimately subdued, lacking in shock, repulsion or even comedy value. Had this schlock horror taken a more tongue-in-cheek approach there would perhaps be something to take out from this poorly-acted farce. Sadly, by taking itself all too seriously in every facet of its construction, this honking homage to ‘end of the world’ chills and thrills feels like nothing more a cringeworthy example of botched, bloated imitation.

Low budget horror and B-movie fans will no doubt appreciate the ambition and thought behind Beyond the Grave. However, anyone versed in the importance of narrative, acting and cinematic aesthetics will struggle to overcome just how technically inept this film really is. A dystopian shocker with neither the intelligence nor style to astound or the humour and gore to entertain, Pinheiro’s rotting cadaver of a road trip looks set to wander aimlessly through the midnight movie abyss, eternally searching for a brain of its own.