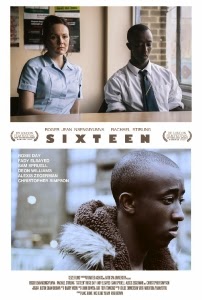 Rob Brown’s Sixteen (2013) is a beautifully realised debut that breathes new life into British cinema’s obsession with urban thrillers, fashioning a refreshingly gentle tale of redemption in a city frequently painted as the last refuge of the lost and the destitute. Tribal drums punctuate the film’s inner-city veneer like an echo of Jumah’s (Roger Jean Nsengiyumva) violent past. A former child soldier from the Democratic Republic of the Congo, Jumah is utterly determined to put aside his traumatic history and make something of himself. However, when Jumah witnesses a murder he finds himself under the watchful eye of the community’s self-appointed governor. 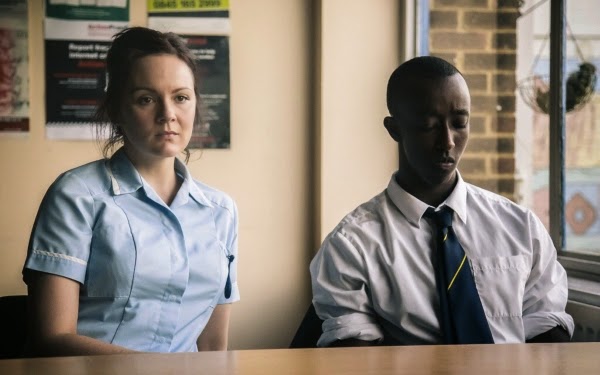 Caught between the moral codes of his old home and his new one, Jumah must decide which route he’s going to take if he’s to prevent violence from forcing its way back into his life. Contemporary British cinema – from the films of Mike Leigh and Ken Loach to Andrea Arnold and Ben Wheatley – has always found comfort in the darkest corners of the capital’s council estate, seamlessly immune to criticism if veiled in a clock of socioeconomic gloom. A new wave of inventive, resourceful and intelligent films have recently emerged from these times of austerity, fighting against the kitchen sink stigma of British cinema and carving out a niche of allegorical meditations on the state of the country. Thanks to some shrewd and technically assured direction, Brown manages to traverse the usual stereotypes.

Replacing the Congo with the urban jungle of West London’s high-rises and council homes, Brown allows Jumah to exchange a world were violence is prevalent, to another where it sinisterly stalks the circumferences of everyday life, deeply rooted within a community forced into the gloomiest waylays of society. Sixteen often feels like it’s going to fall into contrived melodrama, but Brown manages to keep its head above the murky waters of contrived symbolism and dramatic clichés. Sensitive issues such as Jumah’s troubled past and subsequent night terrors dealt with well. Thankfully, this conceit only ever departs its engaging lead to subtly broach more universal themes, such as the displacement of London’s communities and the hierarchy of male dominance and implied brutality that replaces bureaucracy in these neglected neighbourhoods. This enticing twist on the familiar looks set to garner acclaim at LFF, and only furthers the belief that British cinema remains in miraculously health – irrespective of the rancorous attack on its funding.