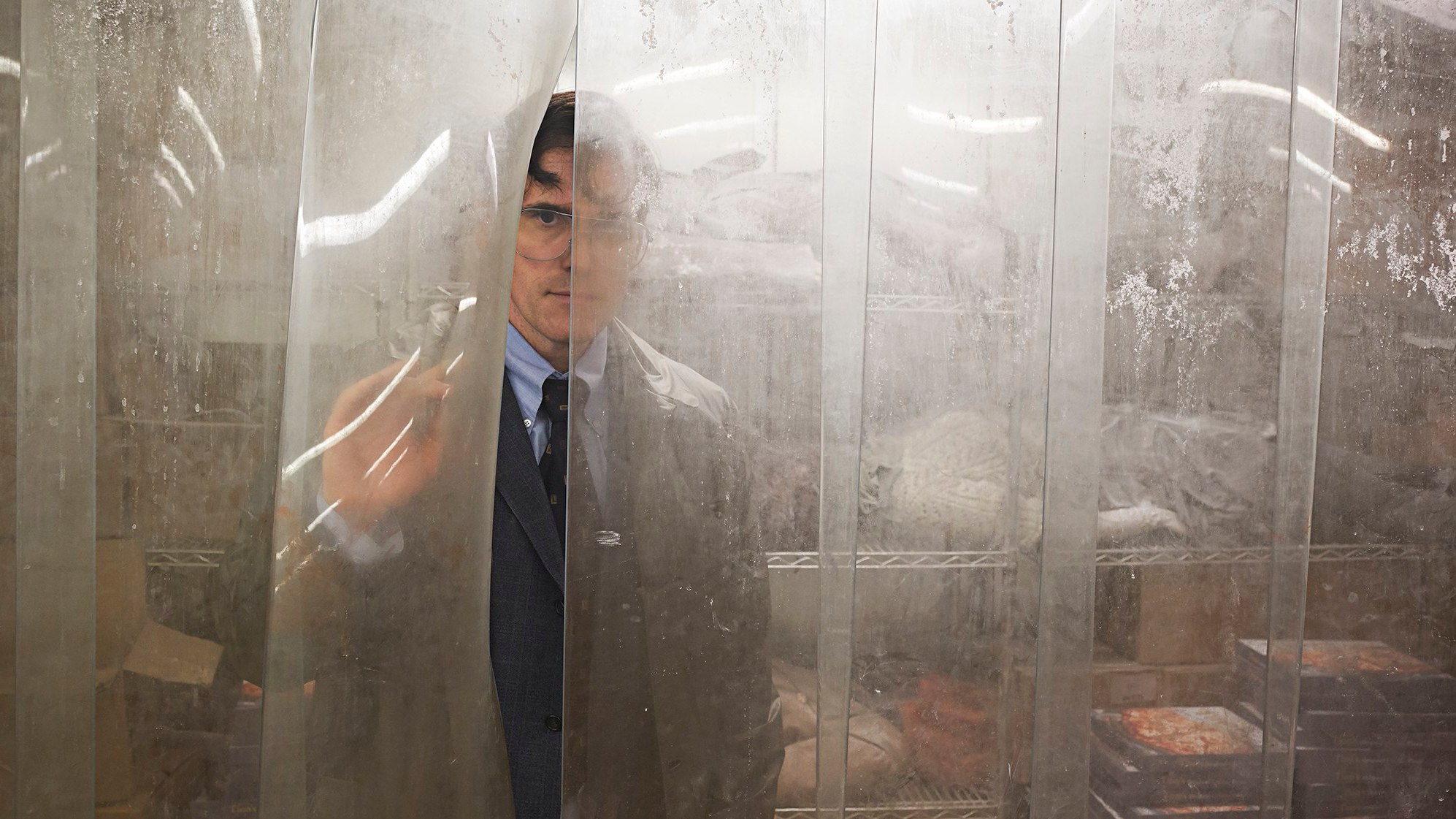 With our best of 2017 rundown now in the bag, here’s a look at a selection of films we’re most looking forward to in the next twelve months – should they emerge from the edit in time – including the return of esteemed independent directors Leos Carax, Nuri Bilge Ceylan, Debra Granik and many, many more.

Annette (dir. Leos Carax)
French auteur Leos Carax wowed the critics – ourselves included – back in 2012 with Holy Motors, a bizarre and visually riveting parade of life and its numerous eccentricities starring Carax regular Denis Lavant. Starring man of the moment Adam Driver and Michelle Williams, Annette documents the intense love story between a stand-up comedian and an opera singer.

Black Klansman (dir. Spike Lee)
Adam Driver makes his second appearance on our list in Black Klansman, a brand new Spike Lee joint which will hopefully see the director make his return to cinemas on-large. The film follows Ron Stallworth, an African-American police officer from Colorado, successfully managed to infiltrate the local Ku Klux Klan and became the head of the local chapter.

Blessed Virgin (dir. Paul Verhoeven)
Elle provocateur Paul Verhoeven makes a speedy return to screens next year with Blessed Virgin, the story of Sister Benedetta Carlini, a 17th century nun who was hailed as a visionary but later accused of fabricated miracles, homosexuality and other charges, and imprisoned for 35 years. Belgian actress Virginie Efira takes the lead role this time around.

Blonde (dir. Andrew Dominik)
One of the most consistent directors out there, New Zealand filmmaker returns to narrative cinema with Blonde, a big-screen adaptation of Joyce Carol Oates’ book on the life (and death) of Marilyn Monroe starring fellow Kiwi Naomi Harris. We’ve had Monroe biopics in the past, but hopefully Dominik will bring something new to this exploration of the original blonde bombshell. 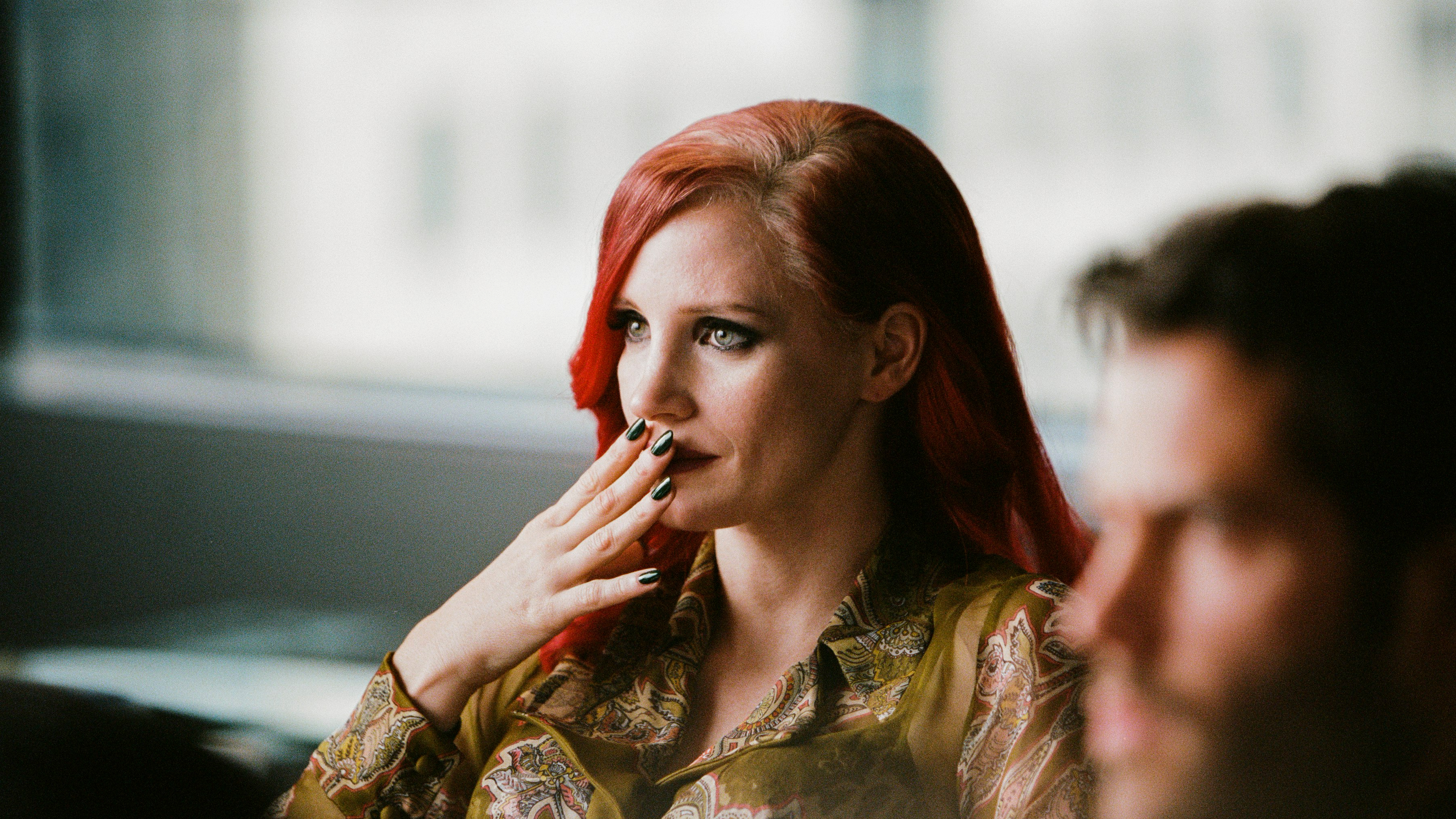 The Death & Life of John F. Donovan (dir. Xavier Dolan)
An American movie star finds his correspondence with an 11-year-old actor exposed, prompting assumptions that begin to destroy his life and career. Sound familiar? What more can we say about Dolan’s extremely topical return to screens, other than to mention its superb ensemble cast which includes Kit Harrington, Natalie Portman, Jessica Chastain and Kathy Bates (!).

E-Book (dir. Olivier Assayas)
The first of two Assayas films apparently due next year – the other being Cuban drama Wasp Network – E-Book reunites Assayas with Juliette Binoche for what has been described as a “full-blown comedy set in a Parisian publishing world.” Olivia Ross and Guillaume Canet are also on board for this one, and we can’t wait to see what Assayas does next after the chilling Personal Shopper.

Everybody Knows (dir. Asghar Farhadi)
Winner of the 2017 Oscar for Best Foreign Language Feature with The Salesman, Iranian director Asghar Farhadi continues his world tour with a trip to Argentina in Everybody Knows. Starring Penelope Cruz and Javier Bardem, the film follows Carolina, a Spanish woman living in Buenos Aires, who returns to her hometown outside Madrid with her Argentinian husband and children. However, the trip is upset by unexpected events that bring secrets into the open.

High Life (dir. Claire Denis)
Claire Denis’ Let the Sunshine In hasn’t reached UK cinemas and yet we’re already due her follow-film High Life, featuring Denis regular Juliette Binoche alongside Robert Pattinson and Mia Goth. In the film, a group of skilled criminals, in a bid to escape their long sentences or capital punishment, accept a likely-fatal government space mission to find alternative energy sources. Denis does high concept sci-fi? Count us in.

The House That Jack Built (dir. Lars von Trier)
Not content with ruining sex for everybody with Nymphomaniac, Danish persona non grata Lars von Trier is back in 2018 with the long-awaited The House That Jack Built, starring Matt Dillon as titular serial killer Jack. We follow the highly intelligent Jack over a span of 12 years and are introduced to the murders that define Jack’s development as a serial killer. We experience the story from Jack’s point of view, while he postulates each murder is an artwork in itself. 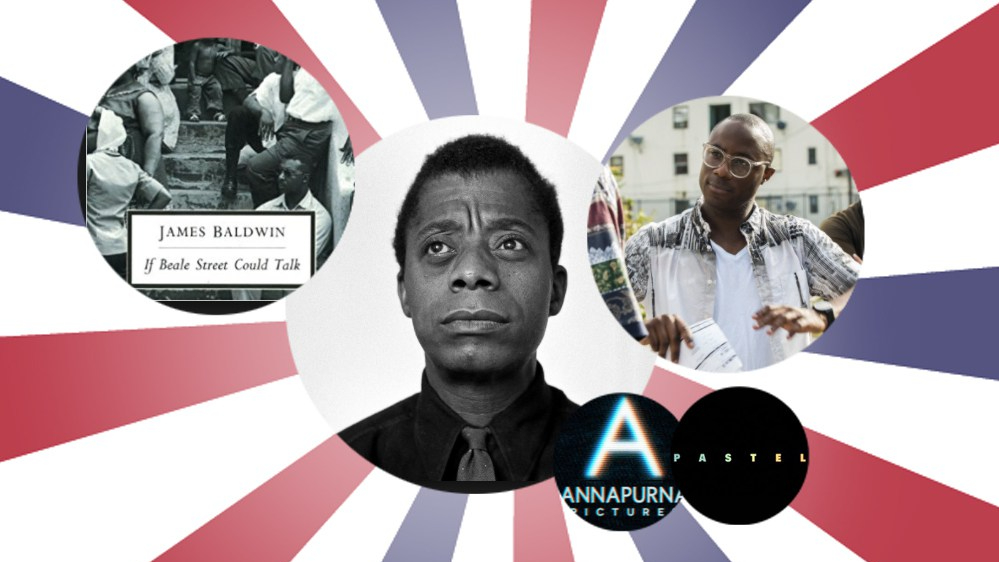 If Beale Street Could Talk (dir. Barry Jenkins)
Barry Jenkins’ Moonlight and James Baldwin documentary I Am Not Your Negro were two of the best films we saw in the last few years, so a combination of Jenkins adapting one of Baldwins’ most cherished texts is a no-brainer for our most-anticipated list. The 1974 novel of the same name follows a black man jailed for a crime he didn’t commit, and a pregnant fiancée who does all she can to free him.

In Fabric (dir. Peter Strickland)
Set against the backdrop of a busy winter sales period in a department store, In Fabric follows a cursed dress as it passes from person to person with devastating consequences. Director Peter Strickland certainly has pedigree from past films Berberian Sound Studio and The Duke of Burgundy – his latest looks to be yet again unmissable.

The Irishman (dir. Martin Scorsese)
Acquired by Netflix and publicised as the long-awaited reunion of Robert De Niro and Al Pacino back on screen together for the first time since Michael Mann’s Heat, The Irishman returns Scorsese to the world of organised crime as a mob hit man recalls his possible involvement with the slaying of Jimmy Hoffa. Also stars fellow Marty alumni Harvey Keitel and Joe Pesci.

Isle of Dogs (dir. Wes Anderson)
Already announced as the opening film of next year’s Berlinale – as was the case with the wildly entertaining The Grand Budapest Hotel – Isle of Dogs sees Anderson falling back on the same stop-motion animation techniques that bewitched in The Fantastic Mr. Fox. Whether Isle of Dogs will be slightly more child-friendly is yet to be seen, although the ensemble cast will of course feature a wealth of Anderson regulars including Bill Murray, Bob Balaban and Jeff Goldblum.

Leave No Trace (dir. Debra Granik)
Granik’s last film, the melancholic biker documentary Stray Dog, sadly failed to pick up much traction. So we hope that the Ben Foster-starring Leave No Trace will return Granik to the status she was afforded after the sensational Winter’s Bone. In the film, a father and his 13-year-old daughter are living in a paradisaical existence in a vast urban park in Portland Oregon when a small mistake derails their lives forever. 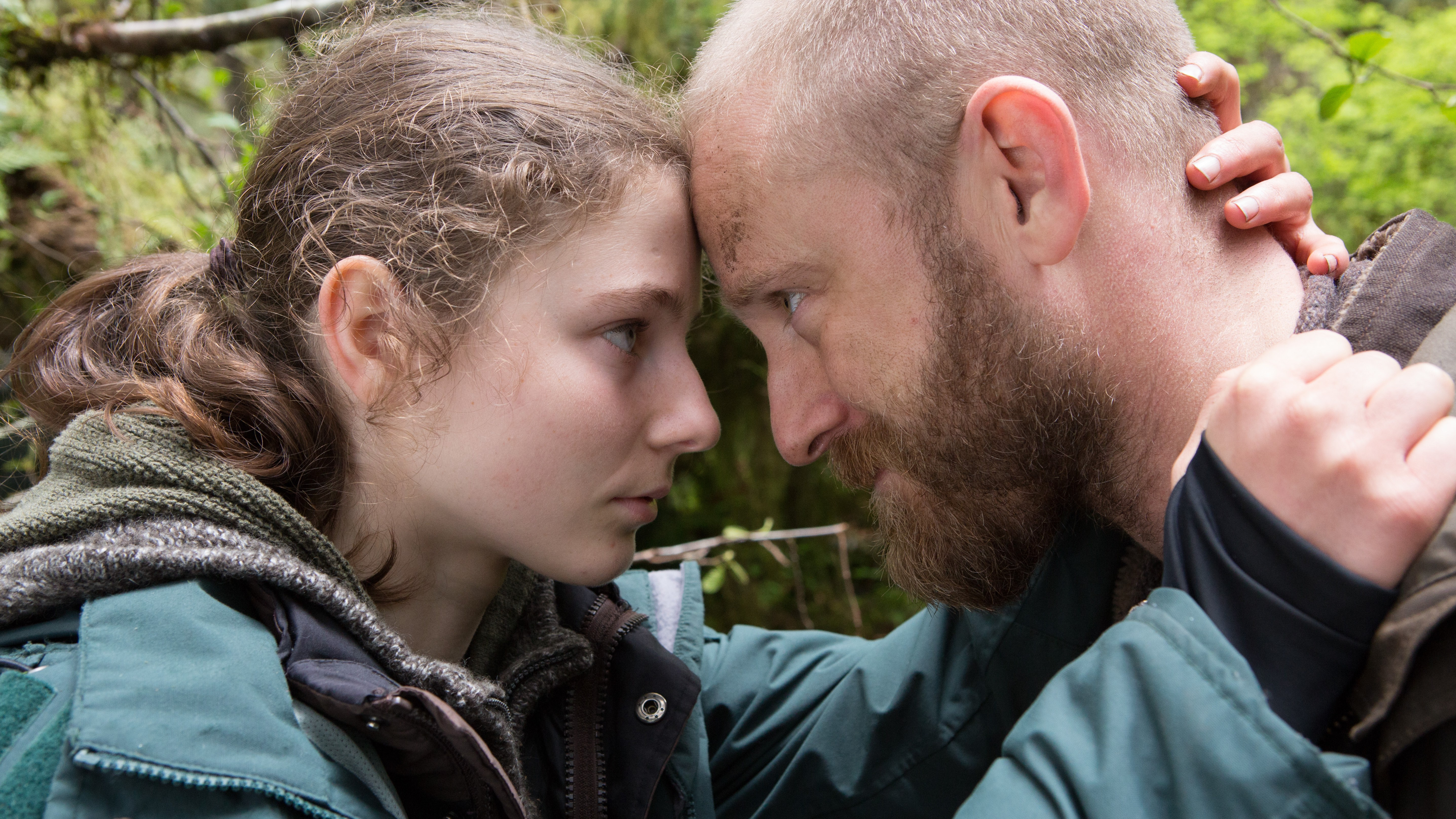 The Nightingale (dir. Jennifer Kent)
Having made a real impact with her debut film The Babadook, Australian director Jennifer Kent returns next year with The Nightingale. Set in 1829, a 21-year-old Irish convict chases a British soldier through the rugged Tasmanian wilderness, bent on revenge for a terrible act of violence he committed against her family. On the way she enlists the services of an Aboriginal tracker named Billy, who is also marked by trauma from his own violence-filled past.

Out of Blue (dir. Carol Morley)
Patricia Clarkson, Toby Jones and James Caan head up the exciting cast for British director Carol Morley’s American noir Out of Blue. Based on a novel by Martin Amis, the story follows Detective Hoolihan (Clarkson), who is called to investigate the shooting of leading astrophysicist and black hole expert Jennifer Rockwell (Mamie Gummer), she is affected in ways she struggles to comprehend.

The True American (dir. Pablo Larraín)
Raisuddin Bhuiyan, a Bangladeshi Air Force officer looking to make his way in the United States is shot by self-declared “American terrorist” Mark Stroman, who is out to kill Muslims in the aftermath of 9/11. Chilean director Larraín delves once again into the recent trauma of the American psyche, with the partnership between himself and Tom Hardy one of the most appetite-whetting elements here.

Undermajordomo Minor (dir. Kelly Reichardt)
Based on the third novel from Canadian writer and screenwriter Patrick deWitt, in Undermajordomo Minor an aimless young man becomes the assistant to the Majordomo of a remote castle. But he soon discovers the place is full of dark secrets, including the whereabouts of its owner. Little else is known about Reichardt’s Certain Women follow-up but has she ever really disappointed?

The Wild Pear Tree (dir. Nuri Bilge Ceylan)
His last film, Winter Sleep, won Turkish director Nuri Bilge Ceylan his first Palme d’Or, so we’re excited to see him return with The Wild Pear Tree. Sinan is passionate about literature and has always wanted to be a writer. Returning to the village where he was born, he pours his heart and soul into scraping together the money he needs to be published, but his father’s debts catch up with him. Stars Hazar Ergüçlü, Murat Cemcir and Ercüment Balakoglu.

Let us know which 2018 films you’re looking forward to on Twitter: @CineVue